The Working Journey believes that every commercial enterprise has a role to play in creating equality in opportunity for those less fortunate and in doing whatever it can to lessen its environmental impact. This forms part of our wide community mission. As a result we actively seek out organisations that we believe assist others to help themselves, here in Australia and elsewhere.

2015: Scenario Planning 2040
In 2015 we coordinated a group of proactive South Australian companies and government to sponsor Clem Sunter, one of the world’s foremost scenario planners, to work with a group of the state’s business leaders to create future scenarios for South Australia 2040. This was a highly successful two day session and a working group has evolved to socialise the scenarios broadly. 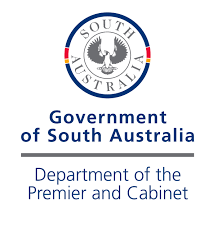 Reaching out to Social Businesses
We run an active probono programme and have over the years, often together with our corporate clients, supported a variety of organisations in assisting with restructuring, capability mapping and executive development.
World Vision,
CSIRO,
Volunteers SA & NT (2014)
The Sir John Monash Foundation (2013-)
Good Return (2014 – )

2016 – Finding Potential among the Slums
Our 2016 project is identifying young entrepreneurs with potential for development among the poor in Manila, a project in partnership with the Grameen Australia. More about this project can on found at

Legacy Creators
This project has been ongoing since 1995. We work with and track high potential individuals globally who have the potential to leave a legacy. If you wish to be considered for our research programme we invite you to complete the questionnaire on the welcome page of www.highpotentialindividuals.com